The beginning of my blogging journey

I originally started my blog back in 2008 when I went from full-time student at Brigham Young University in Utah, to part-time student/ full-time mom. It was a great way for me to share recipes with my friends and I thought, maybe, this could become a paying gig.

In 2010 we transitioned from being students to my husband being Active Duty Army. That same year we moved from Utah to Virginia, for initial training. Then we moved to Savannah, Georgia where, in 2011, we welcomed our second child.

After 3 years of active duty we got out and moved to California, where we’ve been living since 2013. In 2016, we decided to move further away from Los Angeles to Ventura county, where we welcomed our third child. Finally, in July 2019 our fourth child was born. Just 2 short weeks later we found out we were moving- to the Netherlands!

The Reality of Depression

As a teenager and an adult I struggled a lot. I’ve been able to look back and recognize many of my struggles for what they were- depression. I now know that my depression will never go away completely, and that’s okay.

While we we lived in the South I struggled to adjust to a new place, with 2 kids, and a husband who was often gone. This is a reality that I’ve had to come to terms with as a mother. I had to figure out that what I thought I needed to do was actually causing me more harm and stress.

The learning curve with managing my depression has been harsh. I’ve failed and struggled way more than I could ever have imagined. Through these experiences I’ve been able to see how strong I really am, despite the struggle with depression.

During our time in the south and dealing with a deep bout of depression, I let my blog lapse. It wasn’t until 2014 that I decided I really wanted to make it a serious gig.

My kitchen is generally a mess (not to mention drab, dim, and deplorably lacking in counter space), my kids are running around screaming and arguing, and I’m trying to balance on a chair while taking pictures of a dish for the blog before I run out of light and sanity.

You can hear more of my story and how I’ve continued blogging on the Eat Blog Talk podcast, episode 004. 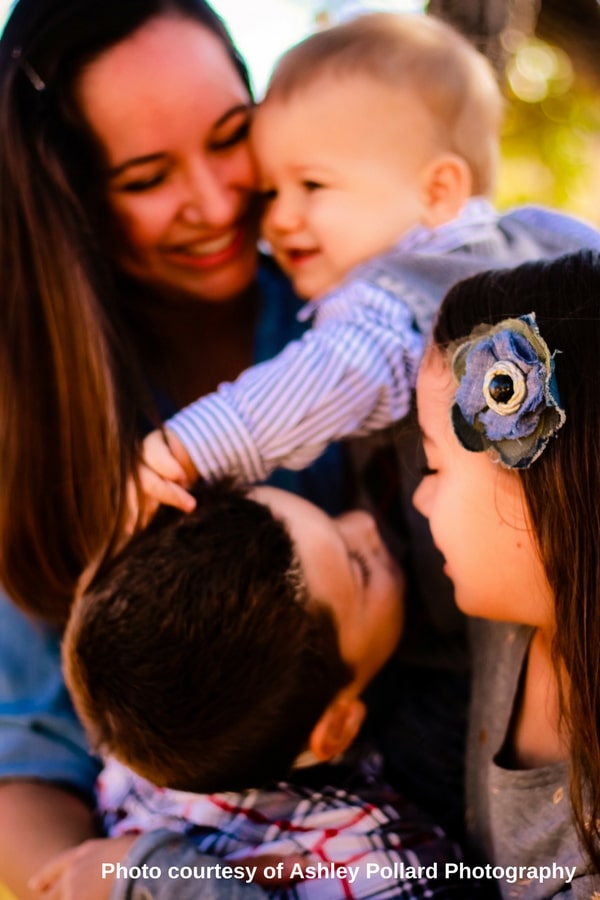 Although I love cooking from scratch, the reality is I’m juggling the chaos of being mother to four kids. I don’t have the time or the emotional strength to make every meal that way.   Too often I realize I forgot to go to the grocery store for the third day in a row and now I have to scrounge in my kitchen for something to make for dinner.

I came to the realization that I didn’t want to shun MY reality and project this Pinterest-perfect alternate reality. I want to empower people to get in the kitchen and make food instead of swinging by the drive thru.

So I create recipes that are doable for the individual who feels like they aren’t a good cook because, like Chef Gusteau from Ratatouille, I do believe that anyone can cook– IF you give them the right tools and recipes.

What does it mean?

This means that not everything needs to be made from scratch. Often pre-made ingredients are the best way to cut down on stress and just get dinner on the table. Sometimes, I include recipes for making individual items from scratch. However, I don’t want anyone to feel like they can’t make a dish because they don’t have time to make every element from scratch.

Food should be enjoyed and not just another avenue to shame anyone. Everyone needs to start somewhere with cooking and I hope that as cooking becomes a joy and not just a chore, that can translate into greater confidence in the kitchen.

Whether you love to travel the world or can only do so through food, books, and TV you’ll find recipes here that help you explore the many flavors of the world with easy recipes that excite the taste buds.

Start with this guide if you are ready to start raising world food explorers and let me know if there are any regions you are dying to explore.