This post that links to particular products are affiliate links. Thanks!

I loved all of the ideas I shared two weeks ago when planning my daughters My Little Pony Party but most of those were neither feasible nor within the budget. The party was at the park since we couldn’t do it at the house and we are on a tight budget. It was still a great party and I think turned out great. The kids had a blast and my daughter is already talking about next year’s party. 🙂

So here is my big reveal- well, perhaps small reveal is in better order. There were lots of things that I wanted to get up that never got done and a game that my husband and I spent quite a bit of time on that we didn’t do because we forgot. The darn wind made it so we couldn’t hang it up before the party so it got stashed away and completely forgotten. Oh well. The kiddos played with it later and thought it was a blast. 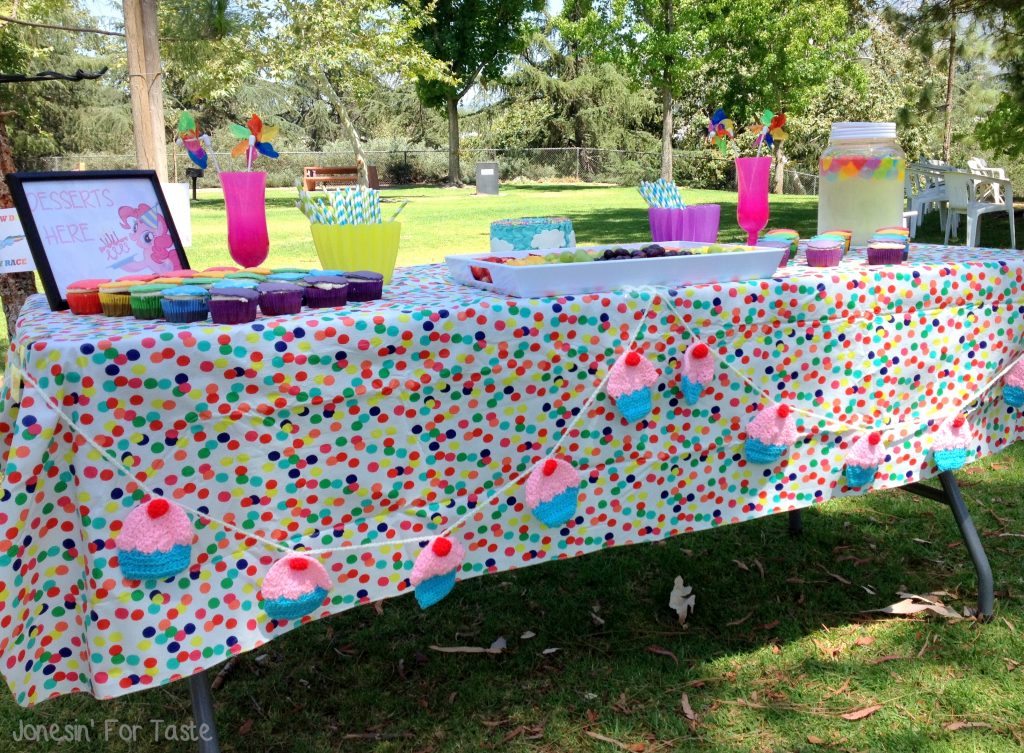 The dessert table was pretty simple but I really loved it. It wasn’t too crazy but was still colorful and fun.

The drink dispenser, white tray, and tablecloth were from Target. The pinwheels were from Dollar Tree, straws from Pick Your Plum, and the vases and jewels in the water were dollar spot finds also at Target but from last year. We dressed up underneath the canopy with dollar store tablecloths ala Pinterest. The cupcake banner I made from a pattern by Twinkie Chan. The cake was perhaps my favorite part. It came together quickly but the sprinkles on top really gave it some punch. The kids really loved the sprinkles. I’ll share more about the cake later this week. 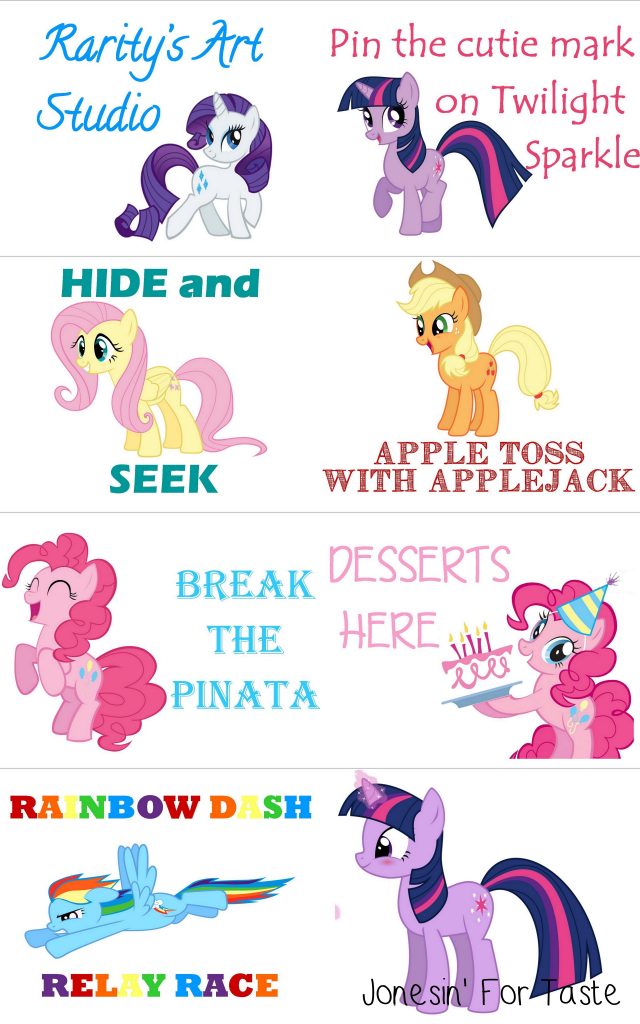 I made up these signs to go with our games and activities using Microsoft Publisher and images off google. The game I forgot was the Pin the Cutie Mark game (*face palm*). 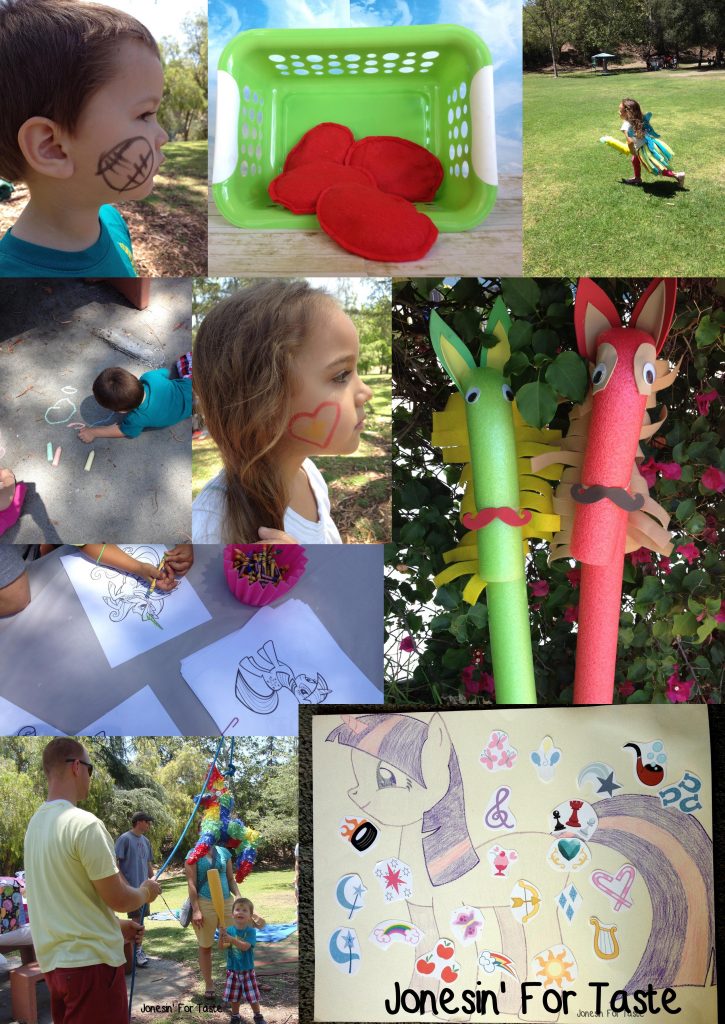 The face painting at Rarity’s Art Studio was a big hit despite my lacking in skills. The kids were actually very agreeable and we were able to come up with things I could draw. The apple toss was a big hit with the boys. They kept going back to that one. The bean bags I made up really quickly out of felt. The baskets were also from the dollar store. The pony races on the pool noodle ponies were a big hit. They are now in constant use at home. Pinatas are always fun for the kids but I had giving out extra candy when they are already having plenty of sugar. I filled the pinata with goodies of Amazon (affiliate links)- Mardi Gras Bead Necklaces Assorted Colors (144) &

and some little dollar store trinkets.

We also handed out these Neon Jelly Bracelets (144 pcs) [Toy]

as game prizes which were a big hit. It was a combined effort on the Twilight Sparkle Pin the Cutie Mark game. I did the initial sketch and then my husband refined it and colored it in. We are obviously not professionals but I thought it came together really well.

Overall, a success. If you have any questions on anything let me know. I’m glad to help out. And don’t forget to check back later this week to find out more about the cake!