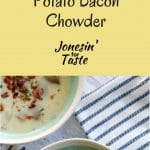 A bowl of this easy Potato Bacon Chowder is quick to make in about 30 minutes and wonderfully comforting with creamy potato broth, chunks of potatoes, and crispy bacon.

This is one of those really easy soups that can be ready in a really short amount of time. It uses a lot of basic staples so it’s one that we go to a lot when I’m needing dinner but low on supplies.

I’ve been making this for years and have tweaked it to be a little lighter but also not losing any of the original flavor. I usually like to make a double batch of the soup so we can eat the leftovers another day.

What to serve with potato bacon chowder?

I like to pair it with a salad, fruit salad, and rolls or a half sandwich. Our favorite sandwich to serve with this is the classic BLT! It’s a complete meal and totally satisfying and won’t leave you feeling weighted down.

Russet potatoes work best for this and cook up the quickest. Yellow and red potatoes can also work but you may have to adjust the cooking time a little bit for them to be tender. Make sure to poke the potatoes with a knife or fork to make sure they are cooked through.

If you would like to make a lightened up version of this Potato Bacon Chowder you can swap half of the milk with cauliflower puree and replace half of the potatoes with parsnips.

Another swap you can make is to trade out the sour cream for plain Greek yogurt. Up to you and what you have on hand.

You can use thick cut bacon or regular bacon. I sometimes also replace the bacon with turkey bacon. The one thing  I find with turkey bacon is it really needs to be nice and crisp to give some nice texture to the soup otherwise it gets kind of lost in the soup. 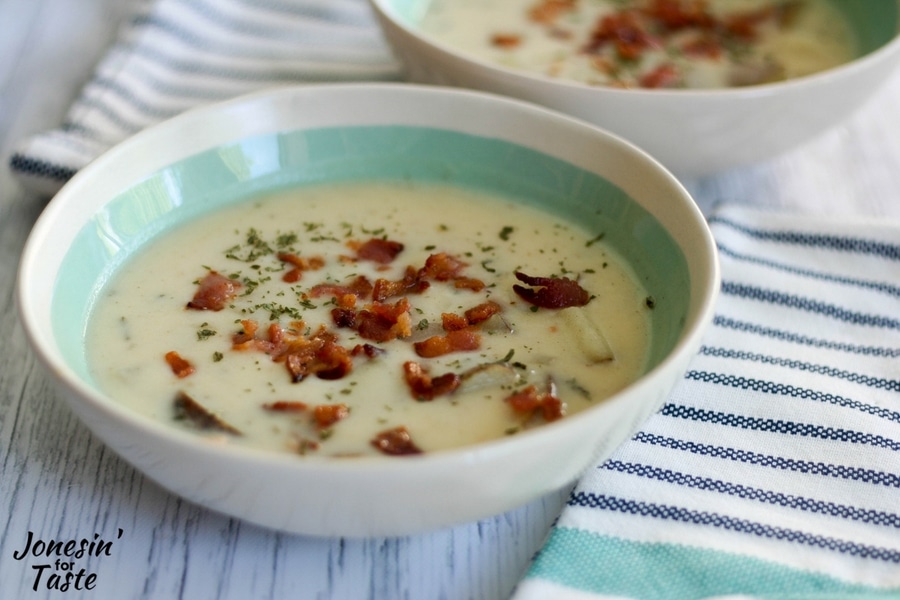 Want to explore new foods from around the world? 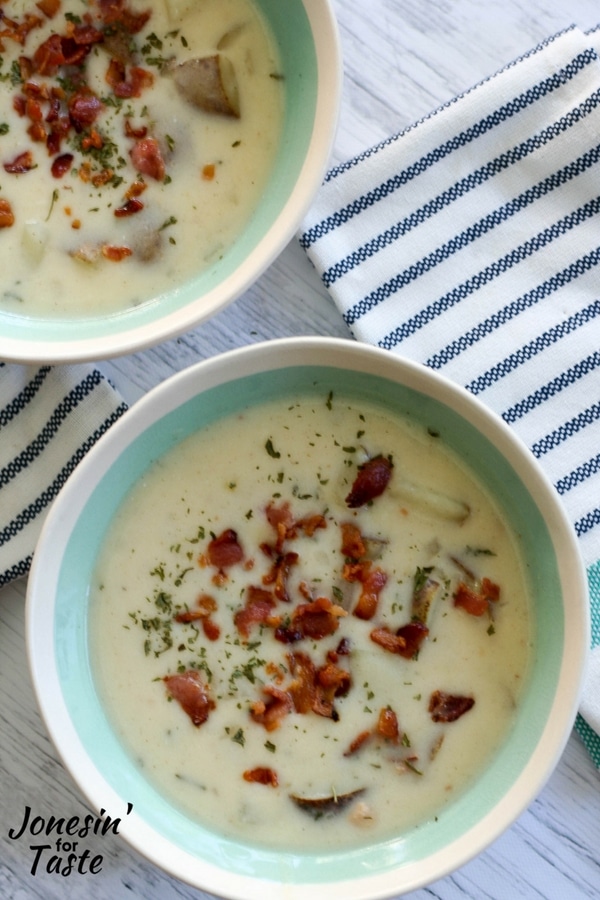 Makes 8 cups. If you want to do a healthier version of this soup replace one cup of the potatoes with parsnips and you can replace half of the milk with cauliflower puree.