Overnight Cinnamon Roll French Toast Bake is a quick and easy version of your favorite cinnamon rolls. No rolling or filling, just mix and bake. Make it the night before and pop it in the oven in the morning for a sweet way to start the weekend.

I don’t always love making cinnamon rolls because they take a lot of time with timing out the rises and the actual making of the rolls. Although I do have a favorite no yeast orange (or cinnamon) roll recipe it still takes the time to make it the morning of since you can’t make it ahead.

So I came up with this shortcut version that gets us the same flavors without taking all that time. Plus, I love that I can make up the dish the night before and stick it in the oven in the morning. It really simplifies the morning and doesn’t take very long the night before.

Variations on the french toast bake:

-For berry french toast bake, add 2 cups fresh or thawed frozen blueberries or raspberries to the bread mixture and add 1/4 tsp nutmeg to the mix.

-Skip the icing and use apple syrup or buttermilk syrup for a more standard french toast breakfast.

Other delicious breakfast recipes for brunch:

Jade is the mother to 3 very busy world food explorers and budding chefs.

Her recipes are inspired by the many places her family has lived (going on 9 moves in 11 years) and her diverse heritage some of which includes British, German, Irish, Scandinavian, Spanish, Native American, and Polynesian. Read More… 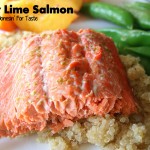 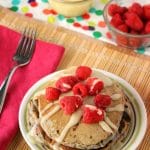 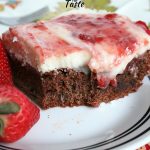 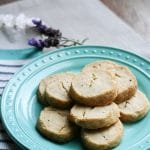 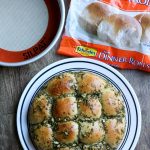 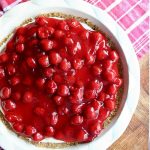 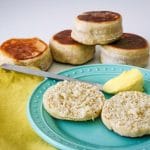